CRANSTON — Like the Energizer Bunny, the Park Theatre in Cranston just keeps going and going.

Now under the ownership of restaurateurs Ed Brady and Jeff Quinlan, the historic Park, across the street from City Hall at 848 Park Ave., most recently rebounded from a flood in the main theater after intense rainstorms in September. The theater reopened in mid-October, right after the birth of Brady’s first child.

Quinlan and Brady, a former member of the Cranston City Council, are partners in Dig In Dining Group, which owns a group of restaurants throughout Rhode Island. 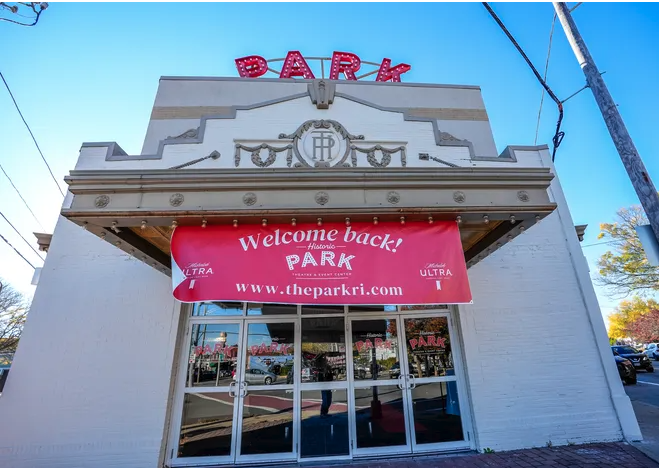 After several incarnations as a movie house and performance venue, the Park Theatre in Cranston is back in action under a new ownership team with restaurant experience statewide. David DelPoio/The Providence Journal

They purchased the Park from former owner Piyush Patel in late 2021. Quinlan said they paid about $3 million for the property and put another $500,000 into renovations.

“Ed’s a local guy. He grew up going to shows at the Park,” Quinlan said. “We tracked [The Park] on the market for a number of years, and bought it at a value we thought was reasonable.” 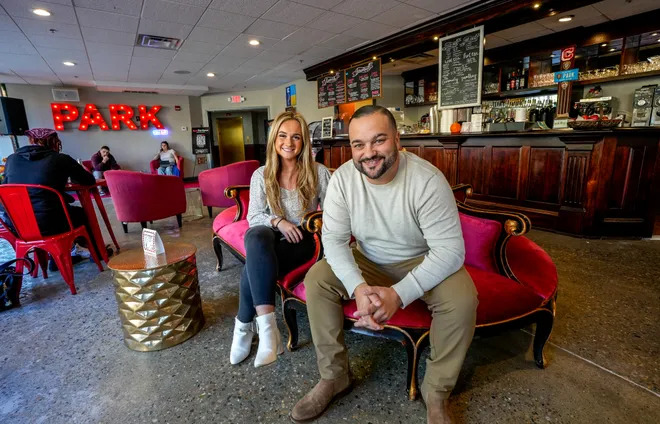 Ed Brady, co-founder of Dig In Dining Group, which now owns the Park Theatre, sits in the Park's café with Fallon Davis, who oversees community relations and brand management for the company. David DelPoio/The Providence Journal

In order to avoid obvious conflicts of interest, Brady resigned from the Cranston City Council in August 2021. Regulations prevent former officials from appearing before boards on which they served for at least a year, but the state Ethics Commission allowed Quinlan to seek the necessary transfer of the Park’s liquor license.

More:Former Cranston councilman stepping up to save the Park Theatre?

The 50,000-square-foot building now includes the Park Place Café, the Comedy Park, and the Rolfe Supper Club on the second floor. But the heart of the enterprise is the 1,015-seat theater.

What shows are coming up for the holidays?

Upcoming shows include “Coppelia” by the State Ballet of Rhode Island Nov. 25 and 26; a rock revue called “Rave On” Nov. 27; “The Nutcracker” from Heritage Ballet, Dec. 3 and 4; and Christmas concerts by Billy Gilman on Dec. 10 and neo-swing band “Big Bad Voodoo Daddy” on Dec. 21. Next year will include tributes to Queen, Bruce Springsteen and Michael Jackson. 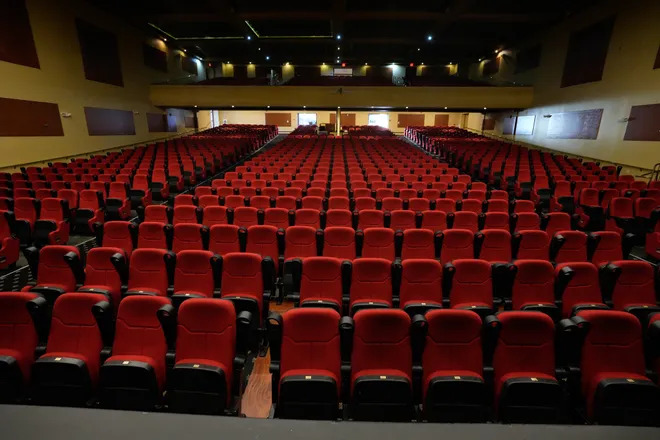 The Park's 1,015-seat theater is the heart of the 50,000-square-foot venue, which also includes a café, a comedy club and the Rolfe Supper Club on the second floor. David DelPoio/The Providence Journal

“We’re learning as we go, trying to get our feet wet,” he said. “You take one $150,000 act, it’s a heavy, heavy investment. By keeping things a little smaller now, it can allow us to book bigger events down the road.”

In his interview with The Providence Journal, Brady mentioned some other potential uses for the Park: children’s theater, classes, motivational speakers, movies. (The Park started out as a movie theater in the 1920s). Brady mentioned a potential partnership with Theatre By The Sea, since Dig In Dining already has a restaurant there called Bravo by the Sea, but how far that might go is still undetermined. 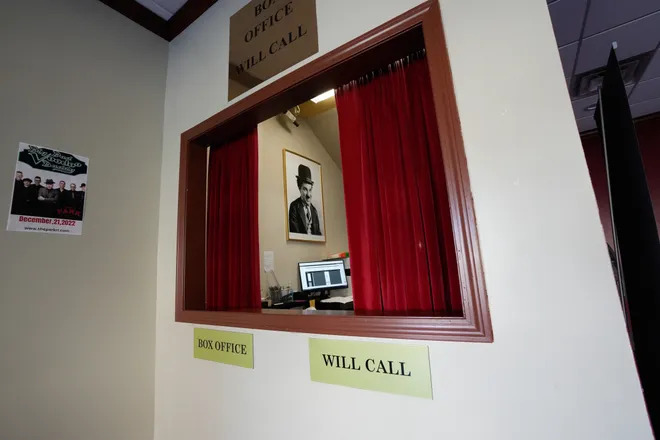 The Park Theatre's box office. Hiring has been a challenge for the venue, which needs 30 to 40 people on show nights but far fewer between performances. David DelPoio/The Providence Journal

Finding their way in a challenging business climate

The Park is opening in a post-COVID environment, and how much that affects people’s willingness to go out is difficult to measure. COVID forced the theater to close completely in 2020.

Brady said one continuing problem is finding employees for the Park, which uses 30 to 40 people on show nights but far fewer when the stage is dark.

Cranston Mayor Kenneth Hopkins said he’s been working on getting the Park reopened since he was on the City Council with Brady. He sees a flourishing Park Theatre as a key element in the overall revitalization of Rolfe Square.

Hopkins said the city is helping the Park when it can. The city gave the theater a $10,000 “Take it Outside” grant, a state initiative to encourage outdoor activities, such as vendors, while also encouraging safety though the installation of security cameras. Hopkins said the city plans to improve the crosswalk between City Hall and the Park.

The city will also work with the theater to allow parking in the municipal lot behind Cranston City Hall.

Brady said he’s convinced that he and Quinlan can make a go of the Park Theatre, despite the challenges.

‘When community comes together,” he said, “anything is possible.” 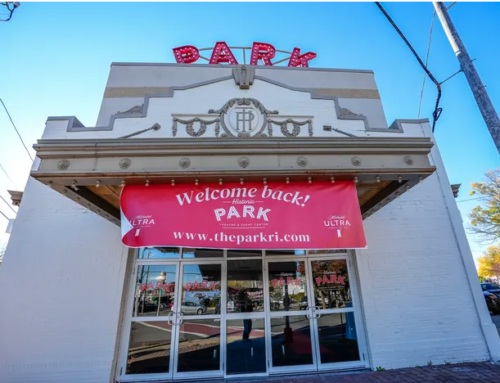 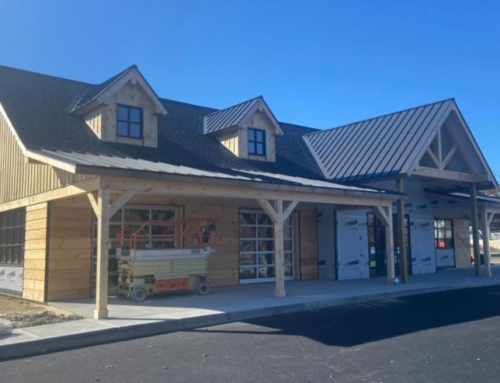